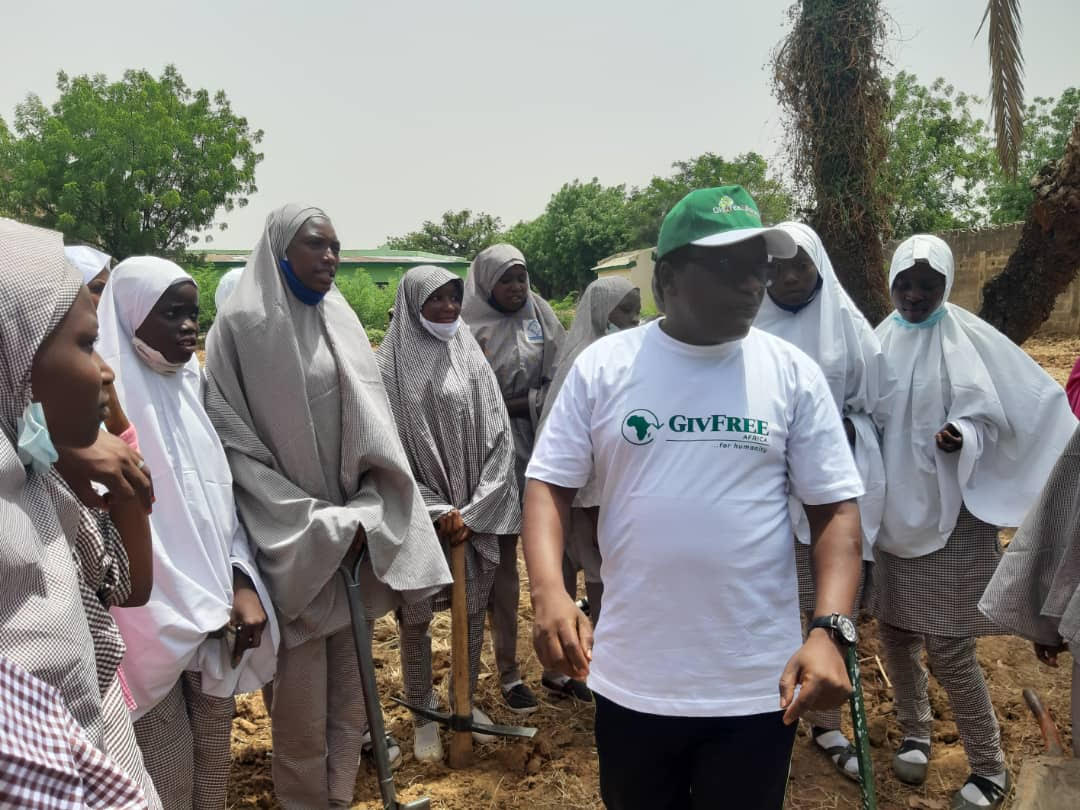 The organisation based in Abuja Nigeria says it has finalised plans to begin the planting of 270 million economic trees in schools.

According to a statement released by its communications department, the project named GIVTREES2SCHOOLS (GT2S) is intended to bring back the culture of planting and nuturing garden and orahrds in schools.

The non-profit organisation says nutrition, preservation of the earth, green environments, reducing carbon emissions, as well as value addition to spaces and communities are some of its major reasons for embarking on this project.

The statement pointed out that the project was first tested in the Maitama Model Primary school in the federal Capital Territory, Abuja where it is being nurtured by members of the GT2S Tree Planting Club, made up of one hundred pupils and 3 teachers.

Givfree Africa  is now set to flag off the continent wide project and begin the implementation plan to plant orchards of two hundred and seventy economic trees in each of the 50,000 Nigerian schools in its map.

The first school to benefit is one of the premier girls school in the north western part of Nigeria,  Government Girls College, Dala, Kano state.

According to Givfree Africa, replenishing the depleting African forest reserves, preserving the earth, revamping the canopies of trees in Africa while providing nutrition for the thousands of malnourished African children is yet another motivatoin for this project.

Also inspired by SDG Goals 13 and 15, GT2S project will generate $180 million dollars that’s N84.6billion naira worth of fruits for Africa.

On the 1st of July 2021, Givfree Africa and its partners, government agencies and officials will be in kano to launch the official take off of the project in Nigeria.

THE TREE WHO DARED

“We want to turn schools into…